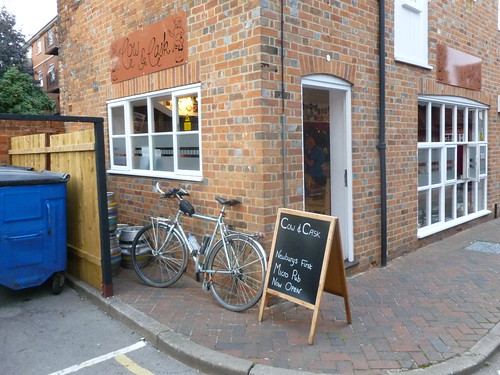 The Cow & Cask is run by Ian Batho, who previously had the tenancy of another Newbury pub. “Ah, another disgruntled and ripped of tenant”, I first assumed, but Ian assured me that the brewery that had owned his previous pub had always treated him fairly. His reason for downshifting was for he and his wife Karen to have more time to themselves. Apparently, the micropub brings in less money but Ian and Karen do have more free time.

It’s a one-man operation – so far Ian has not felt the need to hire staff. Karen and her friends regularly provide moral support, but from the other side of the bar!

Ian has created the Cow and Cask in a shop / small business unit near the centre of Newbury, not far from the train and bus stations. Not being on a traditional high street it’s a little hard to find and not necessarily the sort of place you are likely to stumble upon by accident. But clearly word has got around, as the small room was packed with happy and loyal regulars. Unusually for a micropub, there’s free parking right outside. 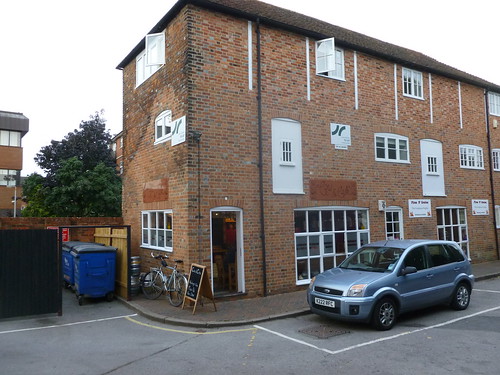 Inside, there’s a bar across the far corner with ales served from jacket-cooled casks that sit in a stillage behind the bar.   When I visited there were three cask ales available plus several draught ciders. The usual micropub fayre of scotch eggs, pickled eggs, pork pies, crisps…etc are also on offer. 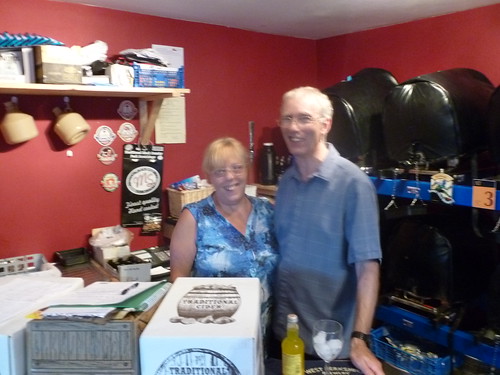 The remainder of the room has two (or three? I can’t recall) large-ish regular height tables. It’s a good setup, encouraging conversation between strangers. Although most people there when I visited seemed to know each other, it didn’t feel at all cliquey. 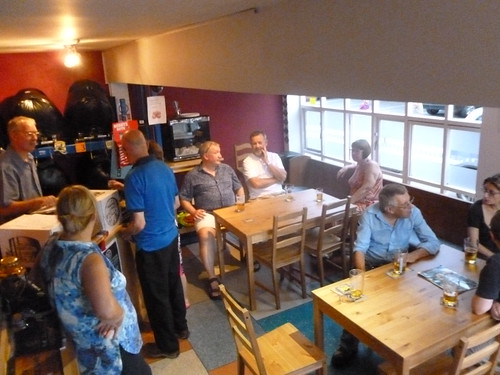 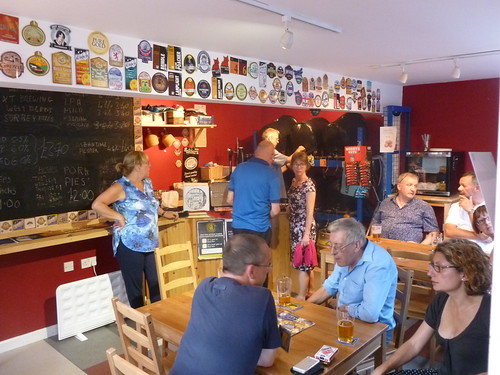 A great little micropub, in a region where micropubs are few and far between.

1 thought on “The Cow and Cask, Newbury”

Search for a micropub or a town